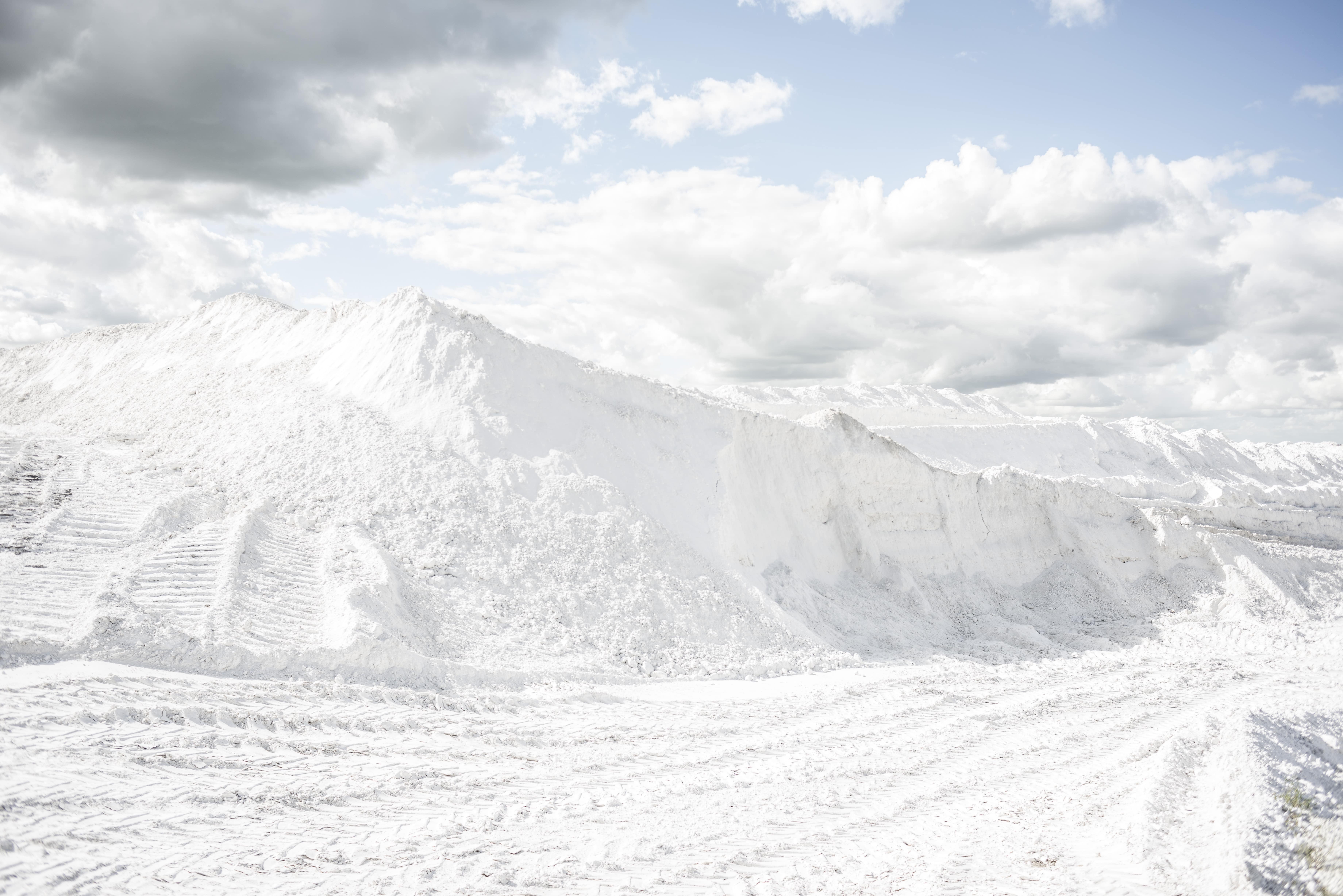 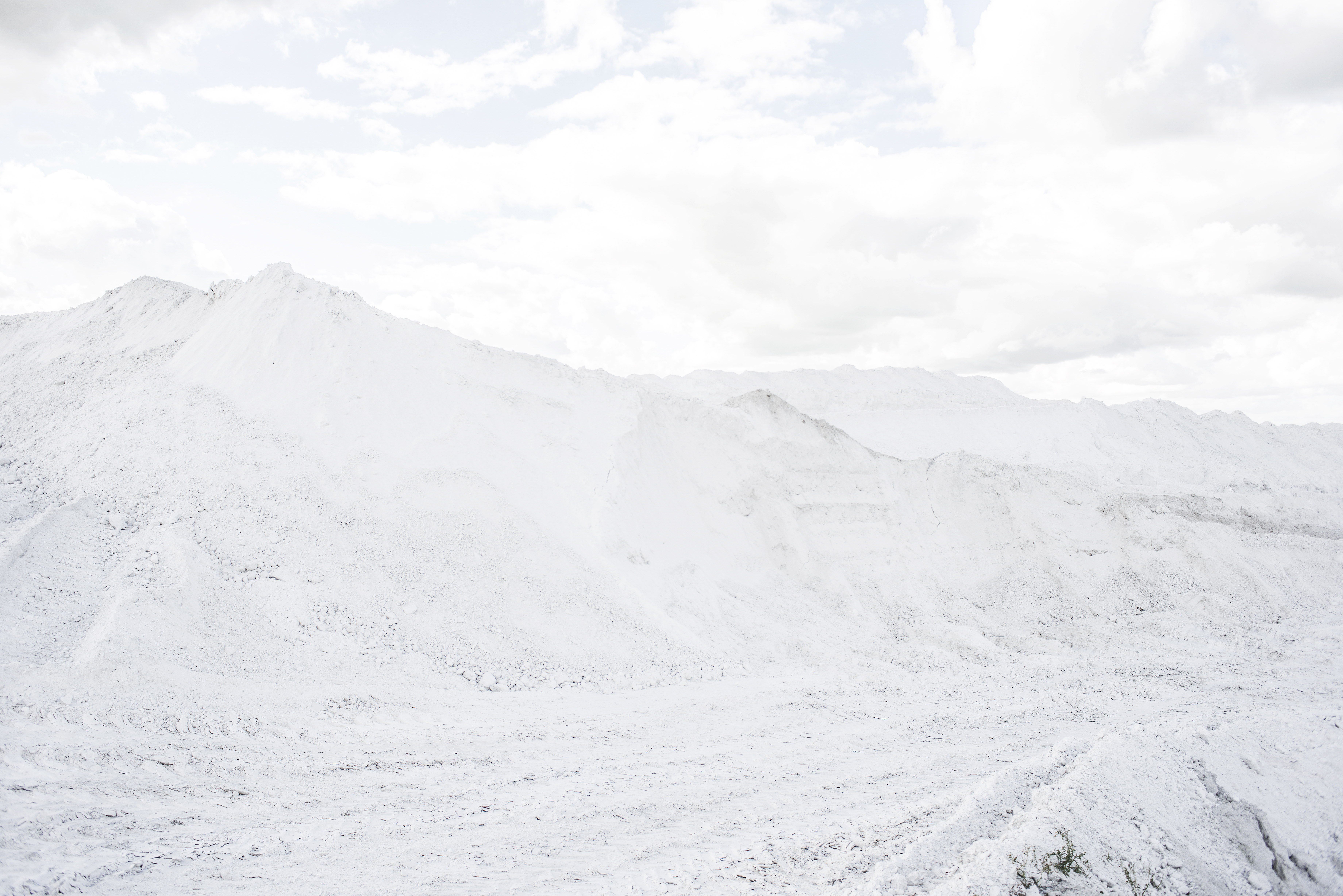 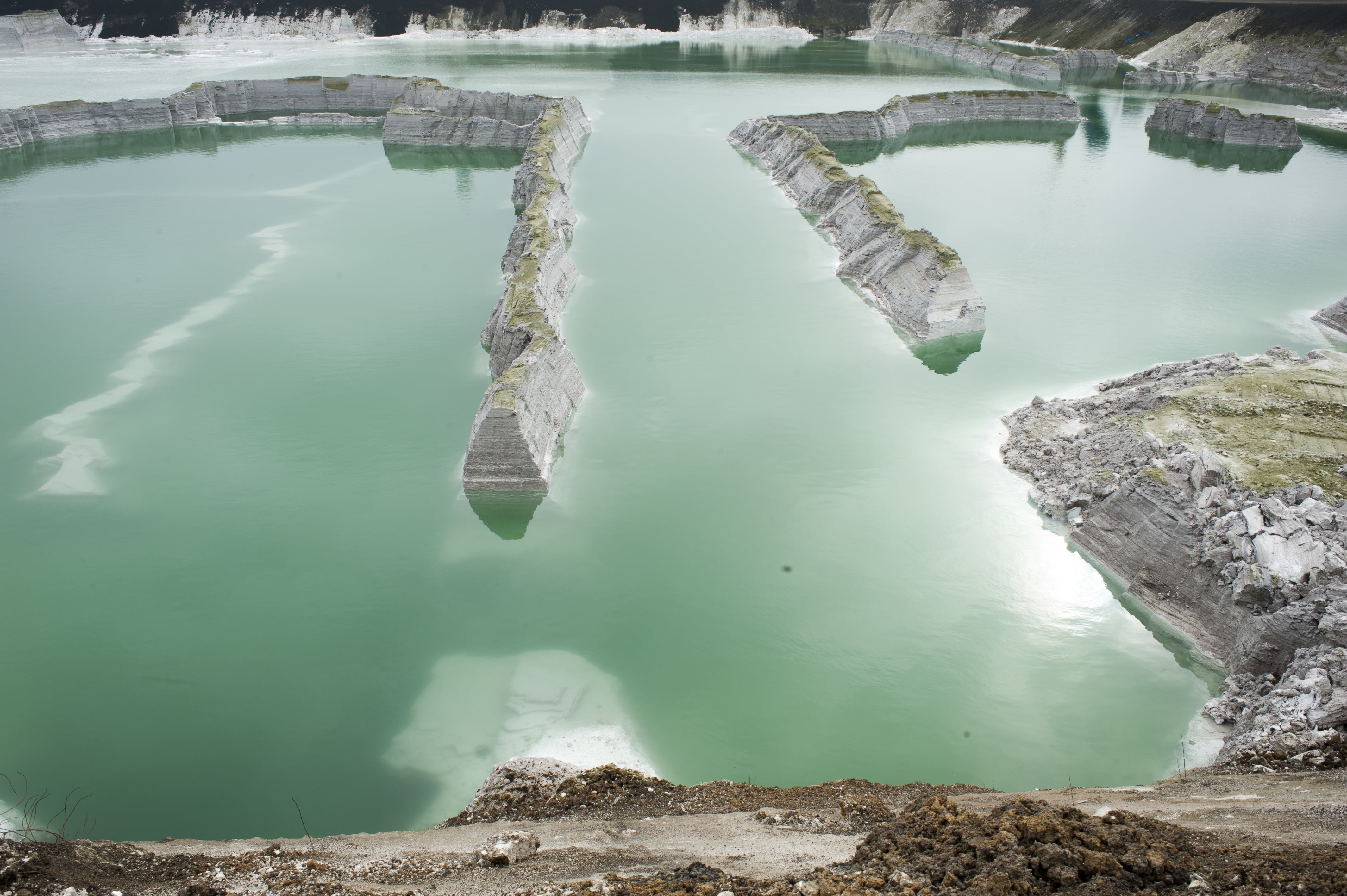 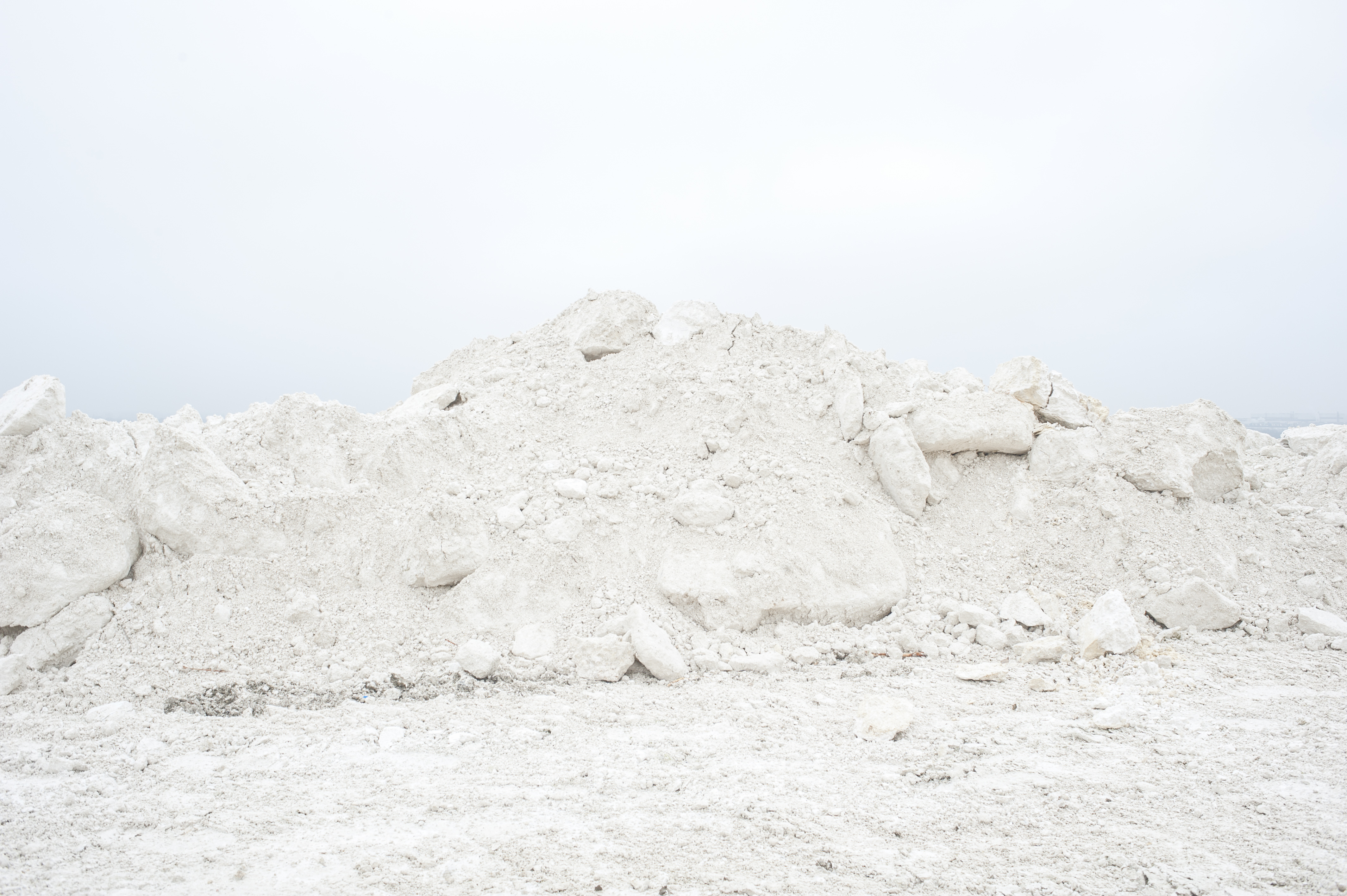 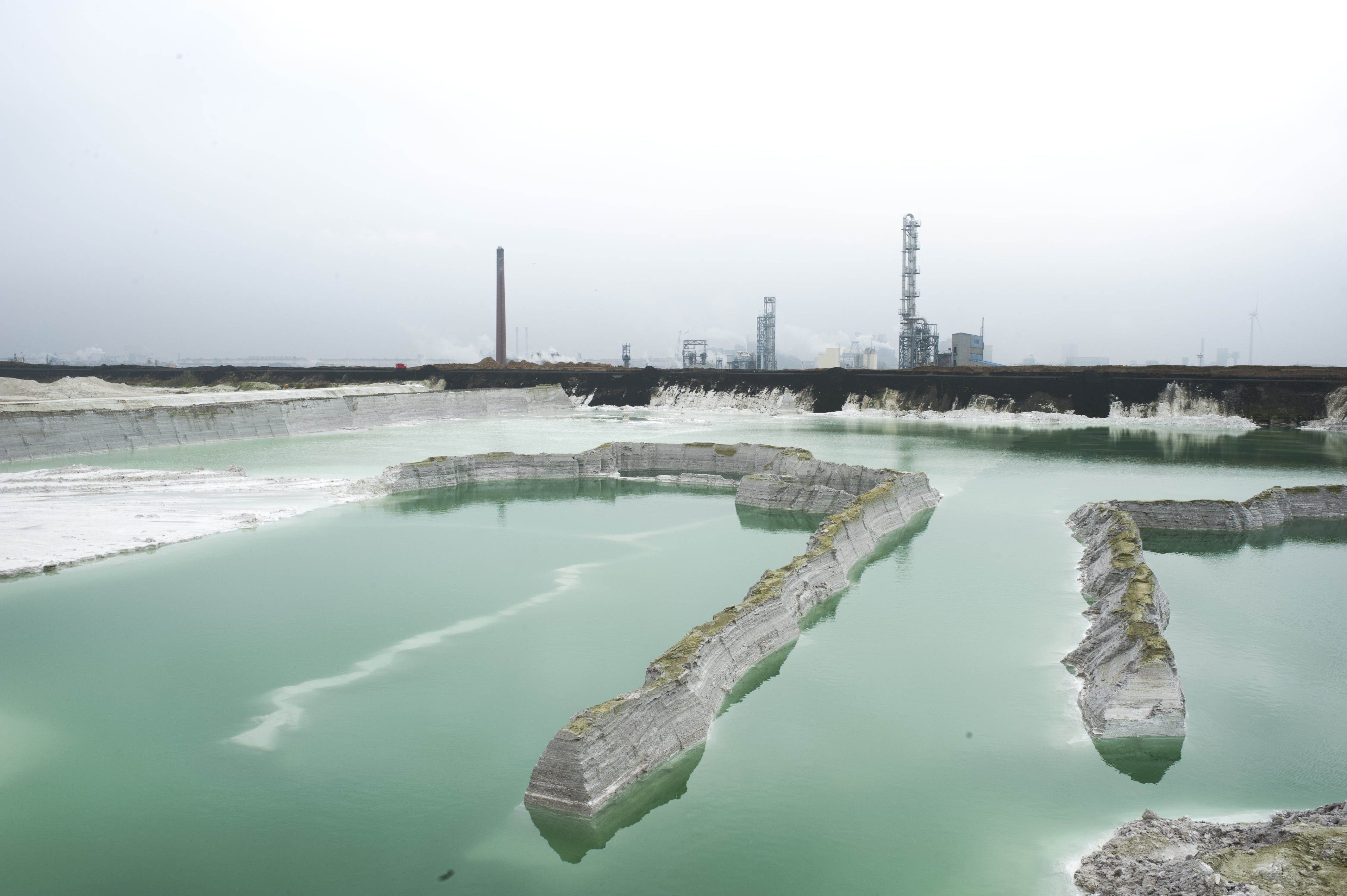 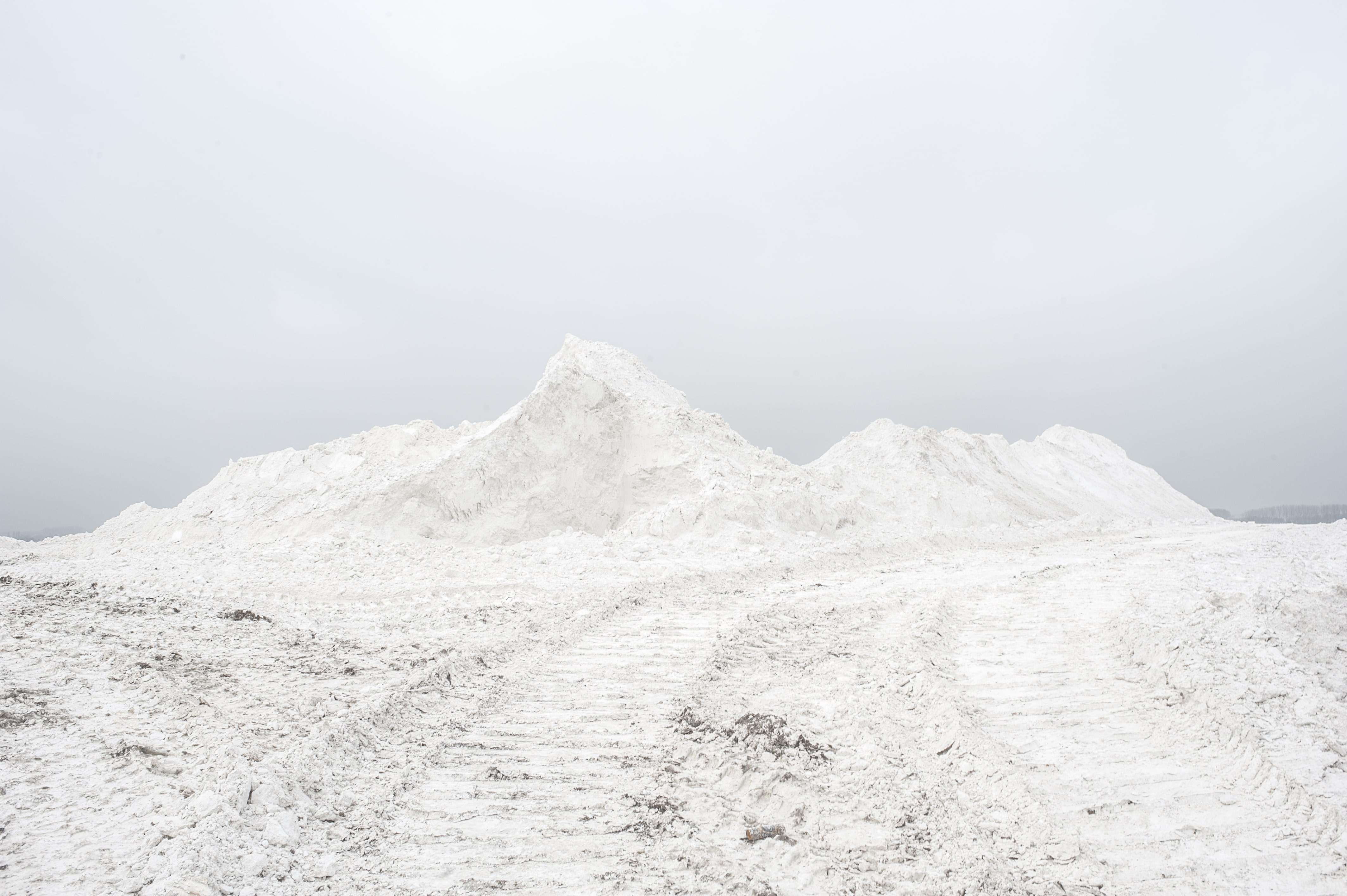 At first sight, these photographs seem to depict an idyllic landscape of mountain-peaks covered by a blanket of snow.  But we should not be fooled by appearances: this is actually an industrial dumping site for phosphor gypsum, a by-product of the production of phosphoric acid. This “gypsum mountain” was located in Zelzate, about 15 km from the city centre of Ghent, was about 50m high and covered an area comparable to 120 football fields. With its pools full of acid and toxic waste water, the mountain presented an imminent danger for local residents. To avoid an ecological catastrophe, the site was bought in 2010 by dredging and environmental companies Jan de Nul, Envisan, DEC (DEME) and Aertssen. They decontaminated the gypsum mountain, covered it with a layer of ground and planted trees. The site was renamed Terranova (“new earth”) and today accommodates the largest solar panel park in the Benelux, supplying around 4000 households with green power.

The photographs challenge our perceptions, put us on the wrong track, incite reflection. They show that the polluted scenery of an industrial dump can be as beautiful as a pristine natural mountain landscape, and in this way question the relation between aesthetics and environmental ethics. With these photographs, Titus Simoens illustrates the capacity of art to play with meanings and interpretations, to change our point of view and question what we take for granted. Because this is a potential that literature also shares, the photograph connects seamlessly with the axis of this research project.

Titus Simoens (° 1985) lives and works in Ghent. He studied at the Karel de Grote College in Antwerp and at the KASK in Ghent. For his award-winning series Blue, See, Mount Song and Los Domadores, Simoens he lived for several months in strict boys’ schools and documented the disciplined lives of the children. His series from 2018, 11:00 am, is the photographic and textual account of his weekly encounters with Alfons, an 81-year-old man from his neighborhood. In this series, as in previous work (For Brigitte, Tu me dis), an (accidental) encounter plays an important role also here. Simoens interrogates the relationship between photographer and model, and investigates the way in which a photographer tells a story with images.

Simoens’ work has already been exhibited in BOZAR in Brussels, at the Museum of Photography (FoMu) in Antwerp and at the Caermersklooster in Ghent. He also works as a freelance photographer for the Belgian newspaper De Standaard.