Contemporary Literature and the Environmental Imagination 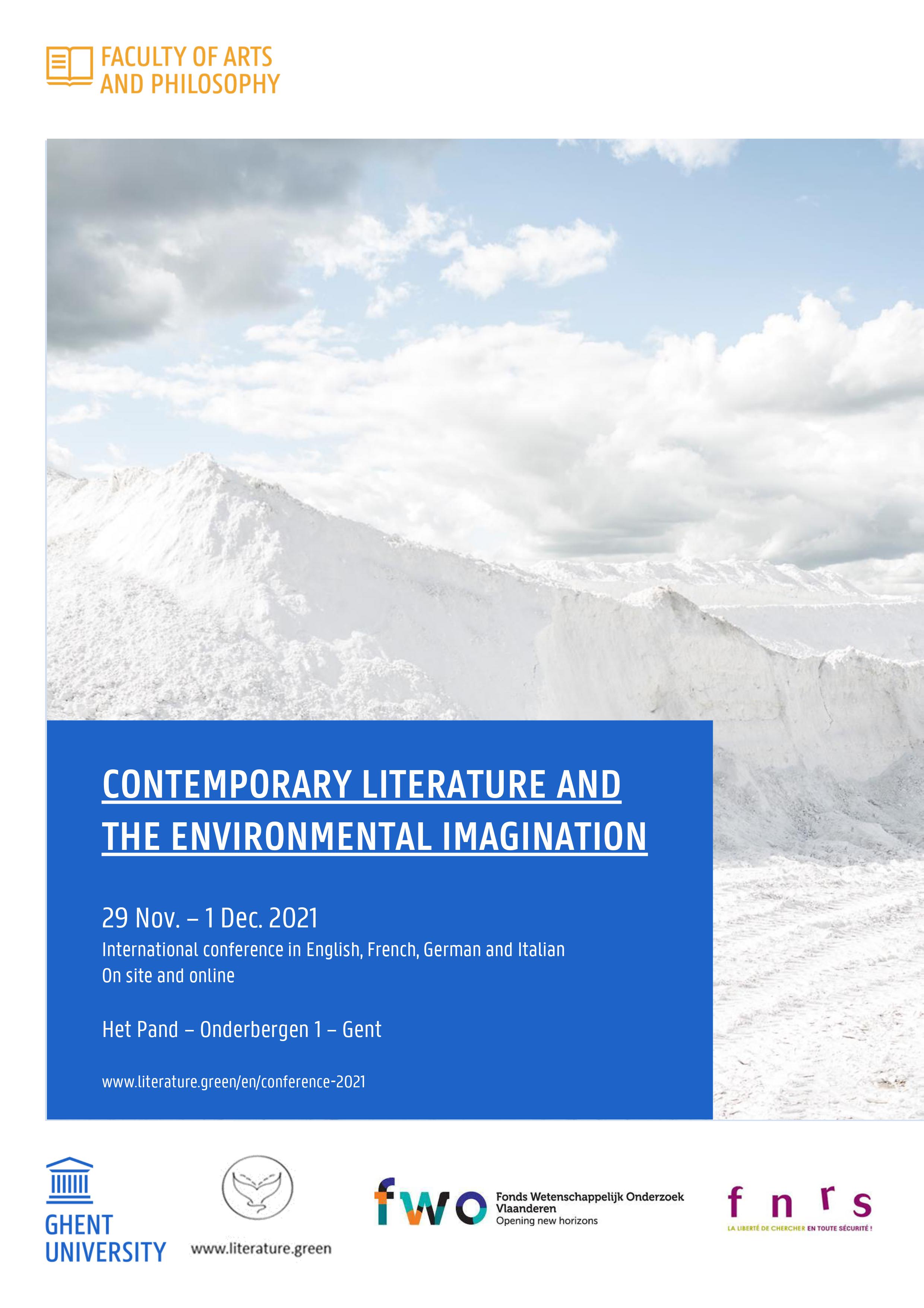 Since the 1980s, environmental issues have occupied an increasingly central place in contemporary fiction. While the relationship between humans and nature has always played an important role in Western literature, from Theocritus to Thoreau, the ecological awareness of threats to the balance of the biosphere is a relatively recent phenomenon that has penetrated society and the literary imagination alike. The notion of the Anthropocene, a new geological epoch characterized by the impact of human activities, has become established as a category of the literary imagination, while nature has come to the fore as an autonomous narrative force, no longer readable exclusively as a reflection of the subject’s emotions. In this regard, Lawrence Buell (1995), one of the founders of ecocriticism, writes that an environmental text is one where “the nonhuman environment is present not merely as a framing device but as a presence that begins to suggest that human history is implicated in natural history.” This implies a non-anthropocentric logic, one that is no longer preoccupied solely with human interests. The ethical dimension involved in this approach demands renewed attention to the referentiality of literature, and indeed to literary commitment, also in contexts—such as that of France—marked by self-reflexive formalist experimentalism in the postwar period (Schoentjes 2015).

The aim of this conference is to investigate the impact of ecological awareness on the literary imagination and the new connections it establishes in our individual and collective representations of what is commonly referred to as “nature” or “the environment.” A transnational mapping of environmental literatures—or ecological fictions, a name one could perhaps give to the most “committed” texts—that can account for their characteristics and objectives still largely remains to be carried out. All types of literary fiction in English, French, German, and Italian can be explored within a global perspective that is also attentive to the circulation of literary works. In the spirit of ecopoetics, particular attention will be afforded the study of formal elements used to narrativize these issues, and more generally to the literary specificity of this cultural trend (Scaffai 2017).

The keynote lectures will be delivered by Dr Solvejg Nitzke (TU Dresden) and Professor Kate Rigby (Bath Spa University). The conference will also feature roundtables with Gisèle Bienne and Francesca Melandri, writers concerned with ecological themes, to foster a dialogue around these issues between criticism and contemporary creative work.

Panels will be centred around topics such as the imagination of the oikos, the representation of the non-human, the literary form of ecology, nature travel writing, the narrativization of scientific knowledge, literatures of waste and toxicity, global fictions, extinctions, and ecofeminisms.