Humour, Grief, and Species Aloneness in Times of Mass Extinction

An Exchange between Ida Olsen and Lydia Millet, Author of How the Dead Dream. 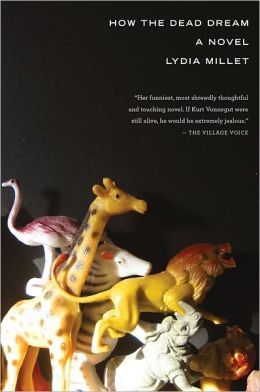 Lydia Millet is an American author who has been a pulitzer prize finalist and whose works have been published to widespread critical acclaim. Through elegant, poetic, and often satirical prose, her fiction deals with a range of themes, including ecology, species extinction, and human-animal relationships. Among Millet’s most famous titles are Love in Infant Monkeys (2009), My Happy Life (2002), and her most recent short story collection Fight No More (2018). The following interview focuses especially on Millet’s 2008 novel How the Dead Dream, which portrays the character transformation of a real-estate developer whose life is guided by capitalist values and systems of human signification before he turns towards the ecological and develops an obsession with endangered animals.

Ida Olsen: Your trilogy How the Dead Dream (2008), Ghost Lights (2011), and Magnificence (2012) is centred on themes of grief and loss, including the loss of species, through its particular focus on species extinction and endangered animals. Why did you decide to write about extinction and endangerment as a topic?

Lydia Millet: I’ve been in conservation for about a quarter-century, so obviously those subjects hold my interest. They have a broad, piercing relevance that’s only going to get more heartbreaking. But in my earlier career I avoided writing fiction that touched directly on extinction—I was worried it would turn out to be a technical minefield. And it is. Like climate change, mass extinction is such a vast, overwhelming prospect, attached to such complex social and ethical abstractions, that I wasn’t sure how to approach it without beating on a drum loudly. Eventually I had to, though, because to continue my pattern of avoidance wasn’t feasible anymore. Elephants were crowding into the room. Ridiculous. The room was just, you know, chock a block with very large, awkwardly standing elephants.

But it’s still a tough brief. Obviously I don’t hold with the notion that literary fiction shouldn’t have a political or moral agenda, shouldn’t have normative dimensions. When it lacks an agenda, in my view, it ends up pedestrian. Finally, trivial. No soul beneath the flesh.

Still, to write fiction about dire, massive, looming manmade threats to life on earth isn’t as straightforward as writing about business-as-usual politics or doing satire. It’s orders of magnitude beyond that, in terms of the obstacles it presents on tonal and voice fronts. There’s a thin, wobbly tightrope you have to walk. Suspended between the neutral, cold descriptiveness some writers preach as necessary to aesthetic rigor and the squishy, on-the-nose earnestness that makes activist fiction mediocre or flat-out bad. You have to find a way to situate your perspective in the habitable zone between austerity and mawkishness.

Which is a no-man’s land. That barely even exists.

I.O.: Although grief occupies a central space in these narratives, your writing is also characterized by humour and comedic undertones. We live in a time when much of the environmental conversation is dominated by a rhetoric of despair and gloom, and many extinction stories tend to perpetuate this elegiac mode. How important would you say that humour is in writing about issues such as species extinction or climate change?

L.M.: For me any writing that lacks humor is boring, so I’d say comedy’s important in all genres and on all subjects. It can be subtle and slyly imbedded, but it has to be present. In some form.

When people decry the doom and gloom of the environmental movement in general, say, I’d contend that they’re not actually dissing it for its failure to be happy and sunny — most social movements aren’t happy or sunny — but for the humorlessness it projects. And of course, environmentalists as individuals can be as funny as any other category of people. But individuals aren’t the movement.

The movement has suffered from insufficient charisma because of its perceived lack of humor — and I suspect that lack has to do with environmentalism’s quasi-religious bent. Religions, also, aren’t known for their hilarity.

I.O.: How the Dead Dream displays many parallels to John Berger’s 1977 essay “Why Look at Animals?”. Berger speculates on the increasing marginalization of animals from human daily life, including how animals have been confined to zoos, artificial spaces where they “constitute the living monument to their own disappearance” (26) and where humans can look at animals without the animals returning their gaze. Did Berger’s text serve as inspiration for your novel? Also, why did you feel it was necessary to use zoos as a setting where T. seeks out ecological communion with animals?

L.M.: I’m not sure I’d already read the essay when I wrote that particular book, but there’s clearly some thematic overlap. I like what Berger writes about the unique companionship other animals give to people. How it’s different from human-to-human companionship because it’s “offered to the loneliness of man as a species.” Species aloneness is a silent and terrible prospect. And I love his reference to “the animals of the mind,” which I’m writing about in my own, less scholarly way in a nonfiction book I’m working on. There’s even an anecdote in his essay about a “London housewife” who wins the chance to hug a lion in a contest, then ends up in a hospital with throat wounds.

Maybe I did read it, and maybe unconsciously that’s where I got the zoo idea. Maybe I stole it.

But as to why zoos…the character called T. was grieving his girlfriend’s death and had also killed a coyote with his car. He was feeling a pull toward compromised animals, hurt animals, which zoo animals already always are. He was looking for individuals, isolated like him, who were like him doubly alone — alone in their nearness to extinction and also alone in their imprisonment. I’d say he was looking less for “ecological” communion, as I’m not sure what that would be, than to experience the animal gaze and gaze at animals himself.

On a practical, plot level, in terms of what’s credible in fiction and in life, you can’t just have a character dash out into the wilderness and stumble on an endling. Last animals, when we know they’re the last, do tend to be mostly captives. Maybe not on public display, but certainly in human hands. Possibly at a captive-breeding facility or off exhibit, behind the scenes at a zoo. Or in a refuge or sanctuary. But extremely rarely in their true habitat. 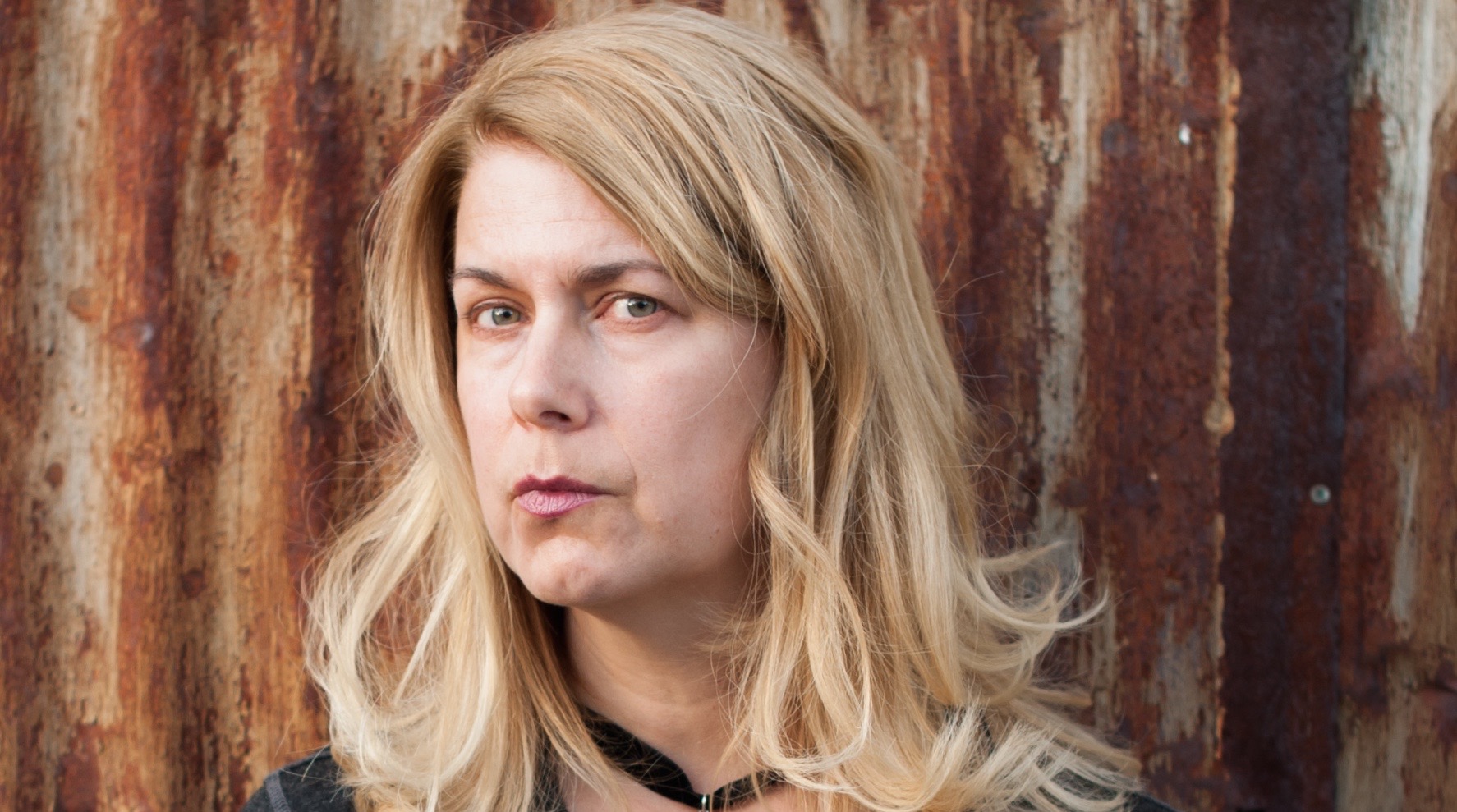 I.O.: In species extinction discourse, there is often a so-called charismatic megafauna bias, where certain mammals and birds are afforded special focus because they are easier to empathize with and anthropomorphize. Do you have any thoughts on how fiction can help challenge this bias and perhaps adopt more of a “multispecies” focus, where non-charismatic endangered species are also considered and represented?

L.M.: I think writing fiction about any non-human character is a serious challenge, especially writing about them in any depth and as subjects, not objects. Animals are often used as garnishes, in modern American fiction. Accessories to the human, used as quirky décor or for their name recognition. Tossed off. I find that way more jejune and distasteful than when they’re completely absent. I pray I haven’t committed the offense myself.

I’d say it’s more important right now to challenge the pro-vertebrate bias outside fiction than within it. Given the time frame, let’s be honest, we need policy far more urgently than art.

And there are plenty of ways to do that without trying to convince people overnight — which is about how long we have — that, say, a flea is as cute as a kitten. Pollinators, for instance. Say, bees. Our lives often depend on these beings. Under Trump and the rest of the wave of idiots and populists carrying water for denier industries in this moment, people are finally, at the eleventh hour, beginning to feel fear. And understand that confronting climate change is a matter of saving our life-support system.

But we badly need to come to the same understanding on mass extinction. Biodiversity is also a crucial link in our life support. So we should go for the jugular, when it comes to establishing how vital insects are, among other small critters. And plants. And fungi. We need to make people see that saving others is saving themselves: a vital act of self-defense. There’s no time for cajoling or conversion. For gently encouraging 7.7 billion people to see the beauty in scabies.

Down the road, well, I hope we’ll have a shot at that.

L.M.: I mean, sure, authors do. Artists do. Scholars do. Those of us who live rich or middle-class lives. But more to the point, the powerful do. Less the individuals than the corporations and their apologists. Those interests have, hands-down, the greatest responsibility of all. Chief among them, the LLCs that suppressed climate science and waged vicious disinformation campaigns for decades. And still fight brutally to stave off the phaseout of fossil fuels. Say, Exxon. BP. The list goes on. They’re the ones who sold the rest of us out.

I.O.: Finally, do you have any plans to continue working on ecologically themed fiction in the future?

L.M.: Yeah, I won’t be able to help it. My next novel, A Children’s Bible, comes out in May 2020. It’s about climate and some teenagers who can’t stand their parents.

To quote this article: