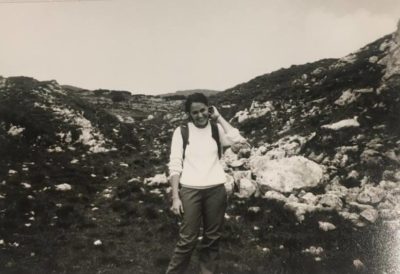 Irene Cecchini has studied Italian Literature at the University of Bologna. Initially she took an interest in the representation of space in Amelia Rosselli’s and Cesare Pavese’s poems, after which she graduated with a thesis about the main ecopoetical tendencies in contemporary Italian literature. During her Erasmus stay, she loved Gent so much that she decided to start a PhD there, her research focusing on the representation of nature and ecology in contemporary Italian literature.

During her future study, she  will examine how Italian writers in the twentieth and twenty-first centuries have combined nature and literature through different aesthetics. Travelling imaginatively from the north to the south of Italy, she will try to codify the increasingly influential eco-poetic phenomenon.